We were talking about this the other night at dinner….Facebook Is No Longer The Most 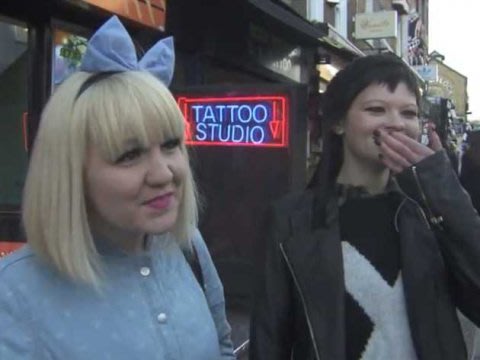 Just want to help you keep up with trends with your teens!

Twitter has overtaken Facebook as the social media network that is most important to teens, according to Piper Jaffray’s semi-annual teen market research report.

Twitter is the new king of teens, with 26% naming it as their “most important” social site. Only 23% said Facebook was most important, down from a high of 42%.

But Twitter should not become complacent, the report suggests. That’s because Instagram has rocketed in popularity with teens. 23% said Facebook-owned Instagram was their No.1 choice, up from 12% a year ago.

The stats dovetail with a Pew report. Here’s Pew’s money quote from a 14-year-old girl:

“I got mine [Facebook account] around sixth grade. And I was really obsessed with it for a while. Then towards eighth grade, I kind of just — once you get into Twitter, if you make a Twitter and an Instagram, then you’ll just kind of forget about Facebook, is what I did.” 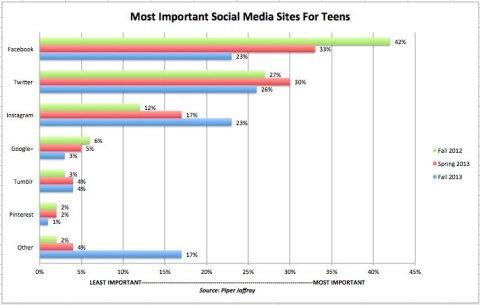 The maneuvering suggests Facebook was right to acquire Instagram as a backstop against losing younger users to competing, simpler networks.

Two different sources inside Facebook tell Business Insider that there is a difference between what teens say about Facebook and how they actually use it. Sure, Facebook might be uncool — your mom is on it, after all — but it’s such a ubiquitous tool, and teens have huge social networks on it. “The typical (median) teen Facebook user has 300 friends , while the typical teen Twitter user has 79 followers,” Pew says.

Make no mistake….nothing beats quality family time (face to face).  So please have a nice Sunday dinner with your family.   But I wanted to share this research so you can stay in tune with your teens – I hope someone does that for me when our 18 and 3 month old boys get to be teens!